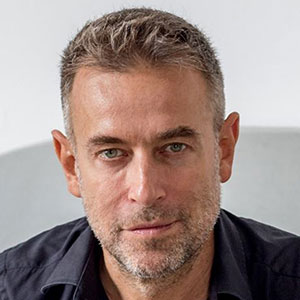 Louis Cacciuttolo is the founder of VRrOOm, an online and offline media network curating and publishing VR/AR/MR content targeting the mass market, including an online distribution and production for XR content, partnering with the world's finest festivals (Venice, Annecy...)

Louis previously worked for THX as the Executive President of International Business Development and Global Branding of THX. Before that, he was acting as Managing Director and CEO of various major advertisement companies in Asia and Greater China (including Saatchi & Saatchi X and Ogilvy Action).

In 2011, Louis Cacciuttolo wrote, directed and produced his first feature film “Cinder”, which has received numerous awards. In 2016, Louis Cacciuttolo also produced the interactive animated short VR movie for HTC Vive “The Last Footprint”; it was selected by Animaze Daze and showcased at Cannes Film Festival in 2017.

Besides, Louis owns a 19th-century theatre in Southern France, where he has been programming stage plays, concerts and experimenting with innovative live performances since 1999.