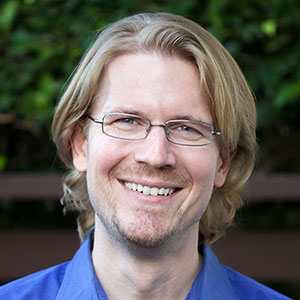 Michael Conelly is the President and Creative Director of Blackthorn Media, an Academy and Emmy award winning team making interactive narrative in room-scale VR & AR. Since founding Blackthorn in 2013 Michael has been featured as a Writer and Director at Sundance and Tribeca, for his groundbreaking work in interactive storytelling. With two decades of industry-leading feature film and interactive experience prior to Blackthorn, Michael’s ambidextrous grasp of storytelling and technology is helping to illuminate what’s possible in the medium. His haunting story, Caliban Below - a Tale from The Abbot’s Book, is one of the highest-rated VR/AR experiences to date with 94% positive reviews, and is a small piece of an epic fable that will unfold in the coming years.