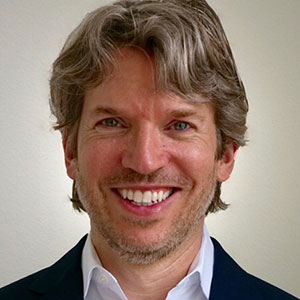 Since then, Rick has propelled a number of partnerships including Warner Bros. and DC Comics envisioning entertainment experiences in the future inside autonomous vehicles and the simulation of creating a megalodon shark for the blockbuster release of The MEG utilizing Ai-based technology.

In addition, he helped drive relationships with Paramount Pictures for the iconic film GREASE re-creating one of the movie’s iconic songs, “You’re the One That I Want” with Intel Studios using volumetric video and premiering at CannesXR. Recently, he also helped develop one of the first 4K over 5G broadcast deliveries for the 2018 US Open Golf Tournament with FOX Innovation Labs, FOX Sports, Ericsson and AT&T.

Rick was also jointly recognized for a virtual reality project with Intel and Sony Pictures for the Spider-Man: Homecoming VR experience and received a Lumiere Award from the Advanced Imaging Society along with an Emmy nomination.

Before Intel, Rick operated as a consultant and business lead for several digital startups. In this capacity, he launched social media fan advocacy platforms with Social Toaster for the hit series ‘GLEE’, and initiated the official ‘Spidey Fan’ program with Sony Pictures.

In addition, Rick was Head of Content Strategy for Michael Bay's commercial and transmedia company - The Institute where he assisted in the re-boot branding of the 'Need for Speed' video game franchise with creative elements across all digital platforms and including broadcast.

Earlier in his career he was Head of Entertainment for CBS's Radio division and invented several noteworthy projects including 'Traffic on Demand' with the first U.S. texted based traffic service to consumers. He also led the creation of a fully digital branded radio station with ABC and their series 'Life on Mars', and a very early OTT project - 'Live from the Web Carpet' covering blockbuster releases of Transformers and Bourne Ultimatum.

Before he ventured in the business side of entertainment, Rick fronted several rock bands opening/touring with artists including Haim, Big Country, Tonic, Marcie Playground and Cowboy Mouth where his music has been placed in various film releases.